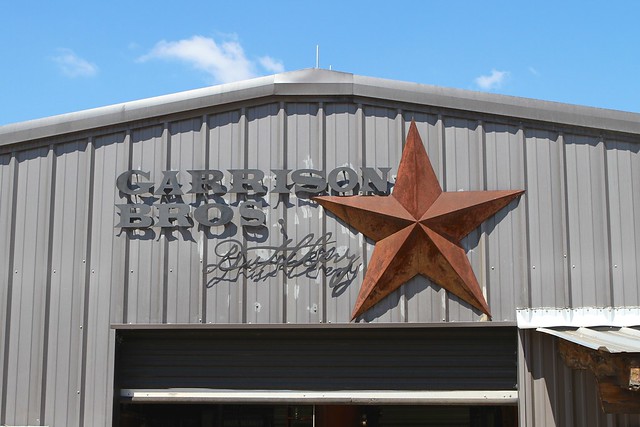 To celebrate a friend’s birthday, we went on a mini-tour of Texas distilleries. It seemed logical to start with Texas’ oldest legal operation, Garrison Brothers, so we drove out to the big city of Hye (population 103), just west of Johnson City. Unfortunately our arrival was delayed by about 45 minutes due to some road construction and we missed our originally scheduled tour time. Fortunately the nice people at Garrison were understanding and squeezed us into the next tour time slot, even though it was already fully booked. 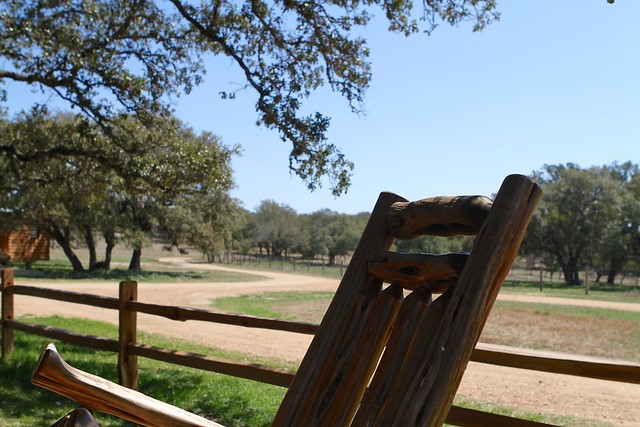 Visitors that are waiting for their tours to begin can relax on a scenic patio under the cover of beautful oak trees. Wine, beer, and bottled water are available on the honor system, donations appreciated.

The first stop on the tour is the grain silos where the guide explains the grain bill used in the making of their bourbons. I was caught up in the explanations and missed getting any good pictures at this stop. 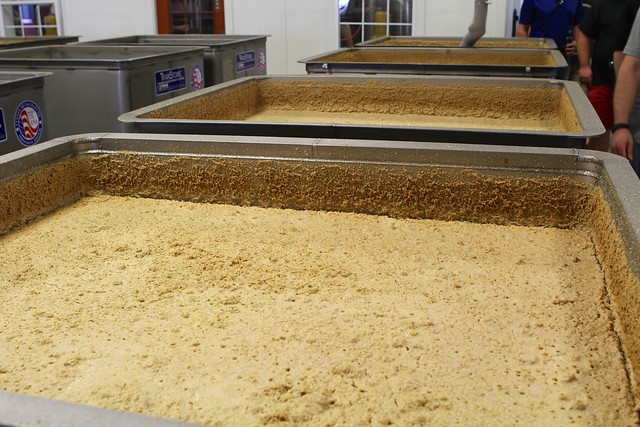 Soon we were in the fermentation room, where yeast converts the sugars in the mash to alcohol. I found it interesting that the fermentation is open air rather than the closed containers I am familiar with from breweries. If I remember correctly, the mixture is about 14% alcohol when this process is complete. 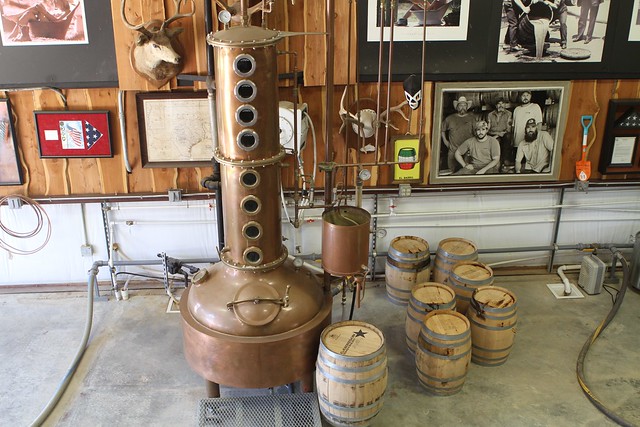 After the yeast has done its work, the stills are used to separate the alcohol from the rest of the mix. This picture is of their first pot still, originally at Buffalo Trace, that was used before the operation grew and upgraded to two 500 gallon stills. The “white dog” that is produced from the distillation process is between 120 and 140 proof. It is diluted to 124 proof before barreling. 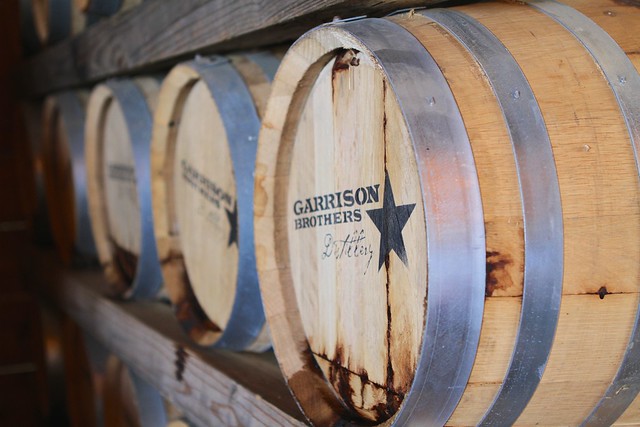 These are some of the barrels being used to age the bourbon. Because of the Texas heat, they were having problems with standard barrels “popping” and now they have thicker barrels custom made for them from white oak. They have 80,000 of them in the operation. At $350 each, that’s quite an investment. 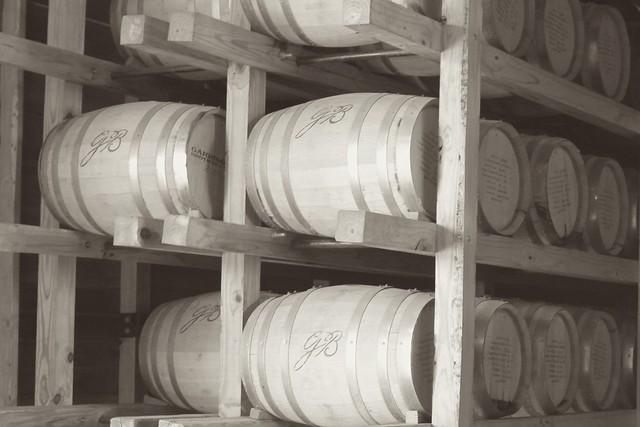 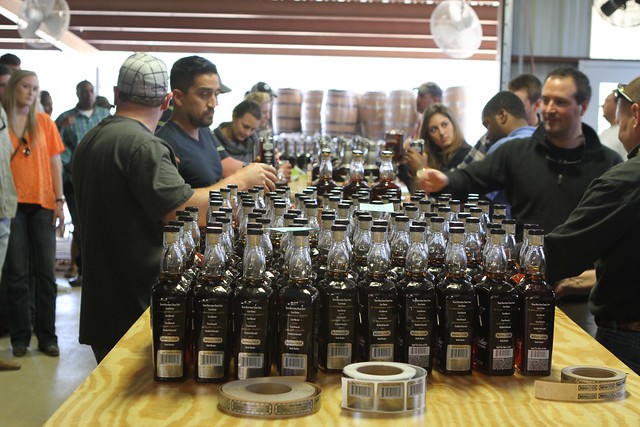 This is where the labels and the wax seal are applied, just after bottling. A completely manual process and handled by volunteers for the bigger batches. You can sign up to volunteer on their web site. In return for two days of labor, they feed you, let you have “quality assurance” drinks every half hour or so, a goody bag and a bottle of bourbon. Count me in! 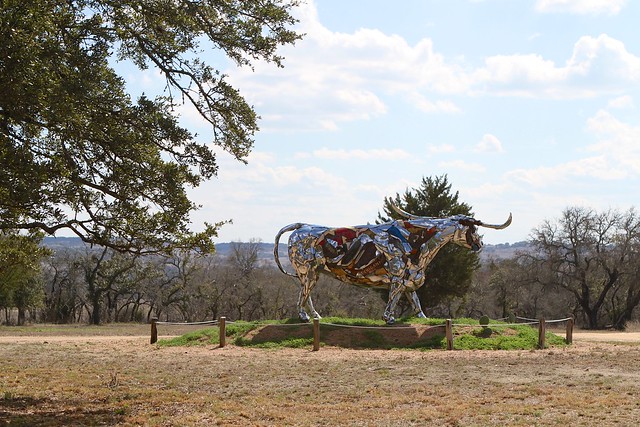 Not related to the distilling process, I just thought this was an interesting piece of art with a nice view.

Overall, the visit was quite enjoyable. I’d definitely recommend it to any whisky enthusiasts.